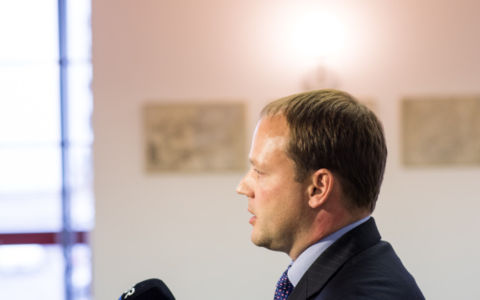 The Estonian medical sector has coped well with managing the health crisis, but it is now urgently necessary to establish an action plan for exiting the coronavirus crisis, the council of the Estonian Employers’ Confederation (ETTK) said.

“At a time when the European Commission has given clear guidelines for exiting the crisis and other countries, such as Austria, Denmark, Norway and the Czech Republic, are gradually easing restrictions so that the economy can begin to recover, Estonia has not reached a concrete action plan,” said Arto Aas, head of the ETTK. “The state needs an exit plan that looks several months ahead and clearly sets out the roles of all parties.”

He added that it is worth sharing experiences and practices with neighbors who are several steps ahead of Estonia in overcoming the crisis.

“We share the concerns of state leaders and researchers about human health,” Aas continued. “At the same time, it can be seen that the Estonian healthcare system can cope well with the management of the current situation and the treatment of those infected with the coronavirus. This provides confidence that we can begin to ease restrictions. At that, we support solutions that allow for the wider testing of people, in particular the detection of antibodies to the virus. Ignorance is one of the worst things that sows fear unnecessarily and does not allow life to go on.”

He noted that the availability of personal protective equipment (PPE) remains an important issue.

“While this has been the usual norm in the medical and food industries, it now extends to virtually everyone,” he said. “We need to learn to live with the virus, and masks are needed not only by front-line workers, but also by others, especially the elderly. The state’s opportunities to procure high-quality equipment are undoubtedly greater than those of individual companies. Once we have the necessary PPE, the economy can also start recovering, and people will be able to return to their normal rhythms step by step. This is vital to ensure that we do not have an even more serious social and economic crisis after the health crisis.”

If the emergency situation drags on, Aas warned, the crisis will spread to all business sectors, leading to a very large increase in unemployment and a recession in the second half of the year.

“The Bank of Estonia has said that each additional week of restrictions will lead to a contraction of the Estonian economy by 0.5 percent, meaning that society will lose €140 million a week due to the restrictions,” he said. “Compared with this, the cost of acquiring the necessary testing capacity and PPE for the state as a whole is mere pennies. Not to mention the difficulties of families who have lost their jobs, the loss of state tax revenues and the deepening economic crisis. Estonian people will soon be tired of restrictions, and business-owners also need positive signals from the state.”

According to Aas, the gradual easing of restrictions should begin with activities that hold the lowest risk, i.e. resuming scheduled treatment in all medical institutions, resuming the operation of kindergartens and schools, enabling the free movement of labor with neighboring countries, and opening shopping centers similarly to other trade premises.

The translation is from the ERR news.